Even a small level of bias has an overwhelming impact on organisations, says Hult International Business School’s Amanda Nimon-Peters

CREDIT: This is an edited version of an article that originally appeared on Management Today

There are many examples of leaders who view leadership as a verification of their right to privilege above others. I understand this point of view. In the early – and more naïve stages – of my career, I considered people in positions of power as the lucky ones who ‘got to’ be in charge, who ‘got to’ be treated with special privilege. Now, after many years’ experience, I recognise that a leader is a not a person who ‘gets to’, but a person who ‘has to’.

Leadership is a duty of responsibility entrusted to you by the people who employ you, and executed towards the people you employ, the people who purchase from you, and even wider society (in which your actions carry a greater-than average weight in affecting society’s views and social norms).

This means that if we are serious about addressing issues of inequality in all their forms – whether racism, sexism or any other kind – this leadership responsibility needs to extend to not only accepting, but also tackling, unconscious bias in the workplace. Leaders must acknowledge and seek to overcome the following three truths.

Inequality in the workplace, often based on unconscious bias, is widespread. Researchers using identical resumes that varied only in the name of the candidate determined that Tamika, Rasheed and Tyrone had to make 50% more job applications in order to receive a reply compared to Brendan, Greg and Emily, while university professors rated a candidate called ‘John’ as more employable, and worthy of a higher salary, than the same CV attributed to ‘Jennifer’.

In a recent study conducted alongside Hult colleagues, Alessandro Lanteri and Matt Johnson, we asked members of the public to respond to a news article about a fictional CEO who engaged in unethical behaviour such as lying to the public, verbally abusing employees, or misusing company funds for personal expenses. When the CEO’s name was William J. Brookes he attracted significantly more blame for the same behaviour than did CEO Maria J. Brookes. This was true of both men’s and women’s responses.

In the research literature it is far more common that both males and Caucasians gain advantage from the unconscious bias in our judgments of their competence, capability and employability; nonetheless, this finding is a useful illustration of the phenomenon.

In all these examples the people involved may have perfectly good, even rational-sounding, explanations for their responses – but data analysis tells us that their judgments are significantly affected by a change in the gender or apparent nationality of the protagonist.

We all carry unconscious bias

The unconscious bias that we carry reflects little about whether or not we are decent, caring people; unconscious bias occurs without conscious detection and is more likely to reflect what we see in the media than what we believe is right.

Mahzarin Banaji, one of the authors of the Implicit Bias Test, took her own test and discovered she carried racial bias. Last week I re-took one of these tests and discovered that – despite having earned a degree in science through my participation in , mostly female, expedition to Antarctica – I still fall into the 70% segment of the population who tends to associate ‘science’ with ‘male’.

The biases we carry have a high likelihood of affecting our overall impression of a person, and the more unstructured or unsystematic an interview, the greater the role that ‘overall impression’ plays in determining a hiring decision.

Even if there is only a very small bias in our judgement of a candidate or employee’s performance, it really can make an overwhelming difference. Computer scientists ran a simulation of promotion decisions involving virtual employees who were randomly assigned to be either ‘yellow’ or ‘blue’. In the initial scenario, yellow and blue employees were represented equally at all eight levels of management. Yellow employees were then given a one per cent advantage over blue employees in simulated promotion decisions.

The result? Only 20 iterations later, yellow employees had a 65% to 35% advantage at the highest level of management – and that is from a start in which representation was set up to be equal.

Commitment to equality of opportunity

Now, more than ever before, one of the main responsibilities of leadership is to accept the existence of unconscious bias and seek to overcome it through the application of systematic, data-based approaches to candidate and employee assessment. 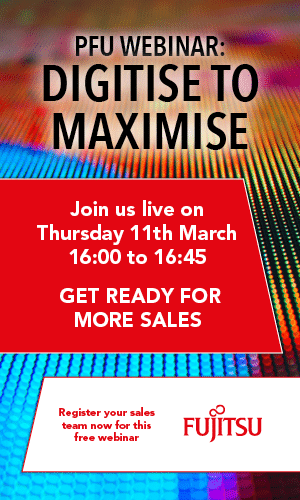