Demand for flexible workspace is set to expand outside of the primary global city-based markets, with over 70% of this space being available in smaller secondary cities, according to research by Instant Offices.

In 2018, the sector showed significant market shifts with an increase in corporate clients looking for flex space. Demand from corporates increased by 21% in 2018 alone. Landlords are also taking a greater interest in the sector in the face of this increase in client demand.
Occupiers continue to reassess the way they use office space, and with both commercial real estate rates and the cost of living some of the highest on record, many companies are starting to look towards secondary cities to cut costs and increase affordability for employees.
Forbes announced that the fastest growth markets in the US in 2018 were Las Vegas, Orlando and Austin – all secondary markets – while in Europe, Manchester and Toulouse topped the UK and French markets thanks to increasing investment and a growing corporate focus.
All EMEA cities, including Manchester, Lille and Frankfurt, have seen supply grow by 15+% in response to accelerated demand. In the US states such as Kansas, Nebraska and Oklahoma all reported growth rates of over 20% across the last 12 months. Europe is forecast to see 255 million sq. ft. of flexible space in 2019 – a 12% increase with over 70% of this space being available in smaller secondary cities.
By the end of 2019, 40% of demand is expected to come from large and corporate companies, with the average tenant taking seven or more desks in flexible space.
The flexible workspace sector has ridden the crest of a wave for the past five years with global demand increasing by 50% and more market supply of flex space than ever before. Instant now estimates the global market to incorporate 32,000+ centres, which represents 521 m sq. Ft.  This is an increase of 15% year on year since 2013.
Corporate organisations are looking for larger and more agile workspaces, which is symptomatic of a global move towards more flexible lease terms. The ‘Space as a Service’ model was responsible for some of the biggest flex deals of 2018 in New York and London and included household brand names like Microsoft, Amex, IBM, GSK, Adidas, and Facebook.
On the back of corporate tenant pressure, trends suggest that increasing numbers of landlords in the US and Asia will launch their own spaces or collaborate with providers. This has already been seen in the UK and Europe but is yet to take off in either of these markets.
Despite growing demand, it is expected that this year, a short-term oversupply of all types of flexible office space, including co-working and hybrid space, will see 2019 rates contract in London. The same trend is likely to follow in New York and Hong Kong – the world’s largest flexible markets.
London rates are forecast to remain the highest in Europe at £644 in 2019, which alongside strong demand means suppliers continue to move into the market. It is expected that the flexible market will make up 7% of the London CRE market in 2019 on the back of continued investment and growth.
John Duckworth, UK and EMEA MD, The Instant Group, said: “As the type of demand changes and the lifetime value of occupiers in flexible space increases, leading operators are expected to become more competitive and offer increasing discounts in key markets to gain share. Here, at Instant, we forecast that in these competitive markets, operators will be willing to offer 20% or more off the advertised rates while they attempt to gain market share.”
“There is still a huge focus on the larger flexible workspace operators and their future expansion plans, but the industry remains heavily weighted towards independent and localised providers and remain the ones to watch.
“This is where real innovation is happening in the model. Businesses are quickly realising that flex provides a versatile and agile workspace in central locations and this growth in demand has encouraged many more traditional operators to expand rapidly.”
Don’t forget to follow Dealer Support on Twitter! 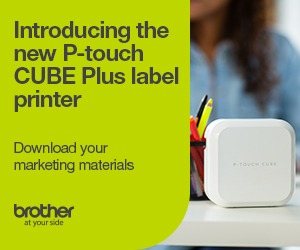 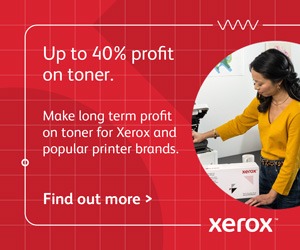